Venture capital firms provide early-stage funding for young, innovative firms. Venture capital is a relatively small industry, but 21% of the market cap of the US stock market and 44% of R&D expenditures at publicly traded firms is from firms that received equity funding from VC funds at their crucial early stages.

But despite the importance of VC funds to the economy, there is a very high failure rate of VC funds. Over 1/3 of VC firms fail to raise a second fund. In a series of papers, Professor Trombley looks at how VC firms raise capital from large institutional investors.

A VC fund takes 7-10 years to invest, manage, and sell its stakes in startups. Venture capital firms usually try to run several venture capital funds at one time to spread out their earnings. Each time they raise a fund, they have to obtain capital commitments from large institutional investors. They frequently attempt to obtain these commitments before knowing how well the previous fund has performed. This creates a problem, especially for new VC firms: how does an institutional investor know which young VC firms are good?

In a paper with Henry Lahr from the Open University (United Kingdom), Professor Trombley finds that the type of investments that venture capitalists make can predict future VC fundraising. They find that three types of investments are associated with lower fundraising: style drifts, follow-on investments, and non-lead investments. These investment types have the advantage that they are immediately available and verifiable through a 3rd party source.

Why should investment types matter? The reason for each these three types of investments is different, but intuitive. For example, a VC who says they are a late-stage VC is said to “drift” if they invest in an early-stage startup. A VC who “drifts” is investing in startups with different risk characteristics than their investors anticipated. As for lead investors, VCs frequently make their investments as part of a consortium with one VC acting as the organizer. This “lead” VC may be more highly skilled, and he/she may be able to find out more information about the startup to pass along to their investors. As for follow-on investments, VCs frequently face high peer pressure in their industry to go along with follow-on investments. The ability to ignore that peer pressure and avoid bad follow-on investments could be a signal of having a high reputation or of having the ability to self-source investment deals. 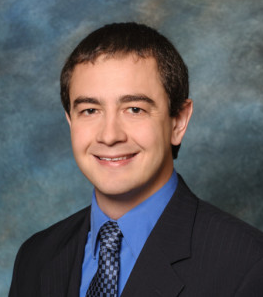 Tim Trombley joined the Finance, Insurance, and Law Department in Fall 2018. He teaches corporate finance. Tim comes to us from San Diego State University, where he was an Assistant Professor for three years. Tim previously worked as a financial analyst for a large private real estate investment trust (REIT).

His research is primarily in venture capital, corporate governance, and financial history. He has published peer-reviewed articles in journals such as the Journal of Financial and Quantitative Management, Organization Science, and Journal of Corporate Finance.

If you wish to learn more about Professor Trombley, you can visit his website.